Putting the FUN in funeral

From glittery coffins, a star wars themed guest dress code or arrival by tractor. Whatever you do for your funeral, make it interesting. 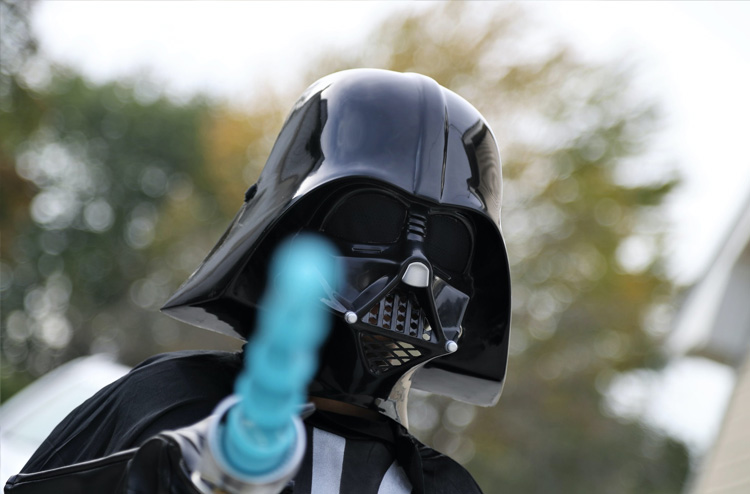 “…the loving hands of our gracious and merciful Lord God. Like our heavenly Father, Michael, too, was a devoted father, as well as a loving son, husband…”

(I’m losing the will to live)

There’s an unwritten protocol to funerals that many people don’t like to question. You know what we’re talking about: the dark clothes, the sombre music, the expensive flowers, the long cars. Most people take these formalities for granted when it comes to planning their own funerals. But why should you? It’s your funeral.

So cast off the conventions, throw caution to the wind and create a unique funeral that is practically perfect in every way. Take inspiration from Mary Poppins herself – she defied all social conventions, laughed in the face of child protection laws and had the courage of her convictions.

Sure she drugged kids and endangered the lives of everyone around her but our point is that she stuck to her principles, looked good doing it and we all remember her to this day. This, in a roundabout way, is what you want to achieve from your funeral.

Not sure what your funeral options are? No problem, that’s why we’re here. Read on for some creative but realistic funeral ideas that we doubt have ever crossed your mind.

Let’s kick off with the casket.

Now, we’re not suggesting that you go the whole hog with a Ghanaian coffin in the shape of an aeroplane, but there are more interesting options than plain old wood or metal.

For the eco-conscious consumer, many funeral directors now offer biodegradable coffins made from bamboo, banana leaf, willow or even cardboard. Imagine that…you can basically be buried in an old shoebox like a childhood pet. Well, we’re signing up. Save a fortune and pay tribute to all fallen furry friends? It’s a no brainer.

There’s also a growing trend for glitter coffins where you can have your entire casket made… well, glittery. To pay respects to your sparkling personality and all that. Now we’re confused, glitter vs shoebox, it’s a tough call.

While we live in the age of self-driving cars and levitating trains, for some reason, the dead seem to be stuck in the Edwardian era. It’s time to drag your funeral into the 21st century.

The biker brigade have been trailblazers in alternative funeral transport for some time now, with an impressive array of classic motorbike sidecar hearses. Farmers have been known to use tractors, bus drivers have used buses, and builders have used construction vehicles. We don’t know about you, but the thought of rolling out of the bucket of a bulldozer and clumsily flapping into a grave has instantly put a smile on our faces.

Whoa! Hold your horses. Without a doubt, the award for the most original funeral transportation (and best punning name) has to go to this inspired touch of comedy gold – Only Fools and Hearses. Mange tout fellas, mange tout.

Theme me up, Scotty

While we’re on pop culture references, have you ever thought of having a themed funeral?

It was good enough for all those other parties you threw. Think about it – while you’re lying there smashing the Halloween costume game, your loved ones can come together around a theme that meant something to you.

Again, your choices are only limited by your imagination and personal taste. Think of your favourite movies, TV shows, music, books or fashion. In the past, people have gone for themes such as Star Wars, Ghostbusters, superheroes, 70s disco, Viking… the list goes on.

Think outside the box

The whole point of personalising your funeral is to celebrate you, remind the attendees of your life, snap them out of the dreary traditions and bring a smile to their faces. It’s the last party you’re ever going to throw, so make sure it’s a good’un.

So what are you waiting for?

At DeadHappy, we created Deathwishes as a way for you to think about and share what you want to happen when you die. Perfect for planning an incredible fare-well. Why not get started by creating your first Deathwish.

Get a life insurance quote